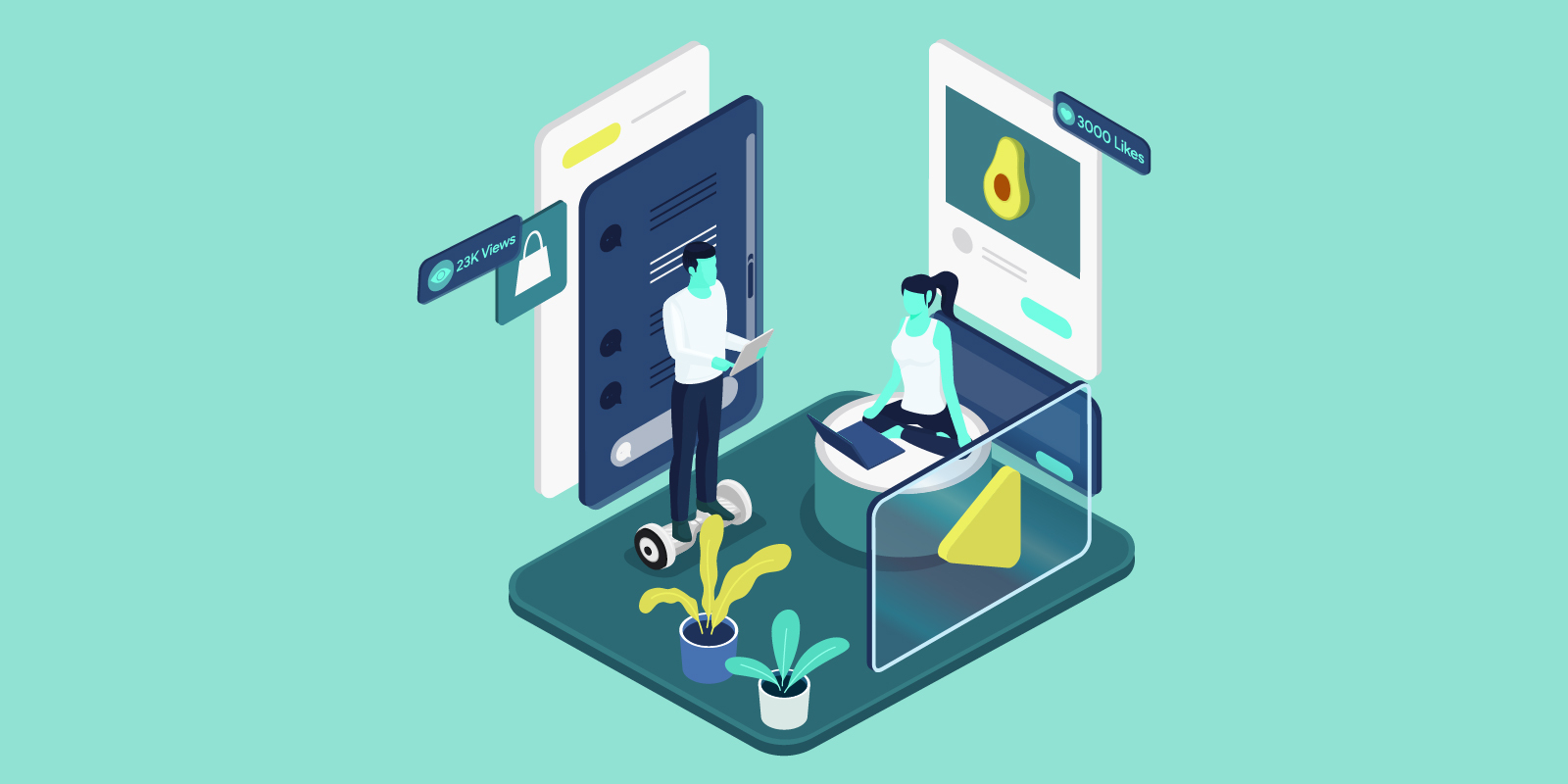 The Emerging Economic Powerhouse: Millennials - Their Debts and Habits 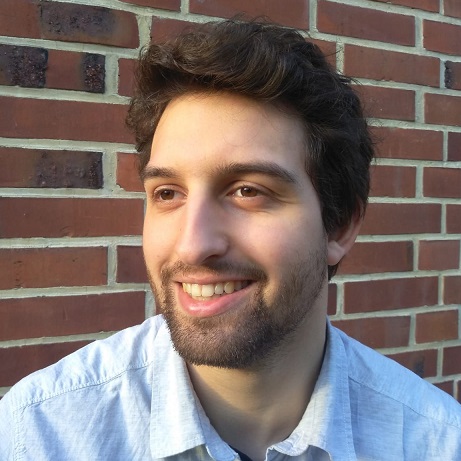 Millennials and millennial lifestyle are captivating topics of discussion featured frequently in the media. The demographic of people born between the early 1980s and early 2000s represent the rapid transition from an analog generation to a new digital age. This makes them unique and thus, an intriguing topic of interest.

Millennials are approaching their peak spending age, with some of them even in their thirties with kids and mortgages. Their growing importance as the largest spending group has not gone unnoticed. However, this is also a demographic which has accrued significant debt worldwide.

According to CNBC, the average millennial in the United States has about $36,000 in personal debt, excluding home mortgages, with 1 in 5 stating they don’t expect to pay it off in their lifetime. There are similar issues in the UK, with The Insolvency Service revealing a tenfold increase in under-25s going bust between 2016 and 2019. In a recent study from Eurostat, Denmark has a whopping 265.11% debt rate while Germany is undergoing a household debt crisis.

These trends consequently raise the following questions: what’s causing these growing problems? How is it shaping the world of debt collection? What do debt collectors have to know about millennials as they move towards centre stage in the global economy?

Why are millennials in so much debt?

The common perception of millennials is that they are carefree, crave instant gratification, live in the moment and love to spend money on experiences instead of making smart long-term investments. The findings of Gfk, a German market-research institute, also confirm this notion, with ‘enjoying life’ moving from tenth to third in the list of priorities of millennials between 2007 and 2017.

While there’s definitely some truth to this, it doesn’t paint the whole picture. On the one hand, Ipsos’ research for Eventbrite, an online ticketing company, found that over three-quarters (78%) of millennial respondents prefer experiences over possessions. This includes travelling the world, attending a concert or being with friends; All these pursuits naturally cost them money. On the other hand, millennials, though willing, are not able to put aside money for their retirement, since not much of their salary is available after paying bills.

Despite the inherent difficulties, millennials are not disregarding their financial responsibilities altogether. In fact, a 2015 survey in Germany found that financial independence is regarded as the 2nd most important priority among millennials.

The entire generation entered the work-force during unfavourable economic times. Rising costs and increasing inequality between generations has created a series of problems. Every generation following the baby boomers has seen dwindling economic returns. Inflation has caused housing prices and living costs to skyrocket around the world while incomes have hardly increased. Collectively, these factors have pushed millennials into a debt trap. The reality is that millennials don’t want to take on more debts but are often forced to do so.

The problem typically started when they took on student loans. These loan amounts grew to become a burden that never let them hit life’s major milestones in time. In America, Federal Reserve Data indicates that the percentage of Americans under 35 with credit card debt has dropped to its lowest level since 1989. However, monumental US student loan debt is stopping millennials from buying homes.

UK student loan debt is also a major problem, with rising fees and total outstanding debts worth £121 billion in 2019. Worryingly, YouGov research states that 42% of millennials cite debt repayments as one of their most significant expenses. More than one in five individuals between the ages of 25 and 35 spend over 60% of their income on the same day it hits their accounts. This includes everything from high rental costs and utility bills to increasing food bills.

As for Germany, where student loans hardly exist, many millennials are taking on loans to cover higher living costs. 81% of the members of the German Association of Debt Collection Agencies (BDIU) blame the debt of younger millennials (under 25) on high expenditure on consumer goods. They believe this age group is often falling into debt online, in gyms and with telecom providers, while older millennials have problems repaying banks, energy companies and telecom providers.

While personal spending habits are a significant factor for their collective burden, they have indeed been dealt a bad hand by factors beyond their control.

Despite the trepidations millennials have in seeking additional debt, the current economic climate is making many take a relaxed stance on how their current actions are affecting their future credit prospects.

Many have felt the impact of the failure of the financial system following the crash of the internet bubble in early 2000 and the market crash in 2008, including a lack of jobs, higher living costs and unattainable real estate costs. This is compounded by the economic impact of COVID-19 in 2020 and perhaps, beyond.

The bottom line is that millennials are a generation having to concede to a lifestyle where they simply live in the moment and make ends meet to keep up with increasing inflation costs. This has made them more inclined to spend any extra income on social activities or experiences.

For businesses and debt collectors, this free-spirited attitude of millennials calls for a faster solution to collect their short-term debts. Millennials don’t want to spend their precious time trying to pay off debts. The solution needs to be simple and on their terms.

Unlike older generations, millennials across the world are proving more difficult to reach, as they’re eliminating landlines and relying on their smartphones instead. Due to the high global house price index and crushing student loans, more millennials are happy renting or move around frequently in a bid to save money. This pattern of constant relocation makes it increasingly harder to reach them.

Engaging in a conversation with a collections agency during their downtime or having to go out of their way to call lenders during work hours is inconvenient. This results in delayed repayments because of the hassles inherent in the current collections process. The solution to this problem lies in understanding where millennials are actually reachable - in the digital world.

Compared to their parents, millennials are comfortable with renting versus buying. Their spending habits, globally, also tend to reach for luxuries that were not within the reach of earlier generations, like plastic surgeries, expensive apparel brands and technology. The shifting trend does not only relate to what they spend their money on, but also how they do it.

As a generation that grew up with the internet, some statistics about their digital inclinations are useful for any business that intends to sell their products or collect money from this cohort.

Digital platforms have clearly taken over personal interactions as the preferred mode of transaction among millennials. This is a trend not only on the consumption side of their lives, but also with regard to banking.

In the US alone, 57.5 million millennials are expected to be digital banking users by the end of 2022. This makes up about more than three quarters of this generation. This trend has convinced bank executives to consider partnerships with fintech companies. Their preference for the digital world is so strong that nearly 40% of millennials said they interact more with their smartphones than with real persons. Presenting one’s business on select social media platforms can have a game changing impact as some platforms have significant impact on millennials’ buying decisions.

While these numbers above show that entering the digital universe is almost a prerequisite for engaging with millennials, that is only the tip of the iceberg. The digital world merely serves as the field on which the game is played, while the rules of the games are collectively made of customer experience, efficiency, personalisation and self-service.

This generation is one that does not have time for in-person exchange of complaints and solutions, but immensely values the ability to solve problems themselves. They are also demanding in terms of speed and ease of use.

What do these insights have to do with debt collection? In short, it is the right time to build a collection strategy that is fail-proof with millennials.

Businesses must value this fragile relationship between debt, millennials, and digital communication by guiding the account holder through any periods of financial hardship. Not only will digitisation and personalisation of the user experience improve the chances of recovering debts. It will also strengthen brand loyalty. A self-service solution is at the centre of all this and is a necessary addition if a business wishes to solve the many challenges involved in managing millennial accounts.

If you are curious to learn more about re:ceeve, schedule a product walkthrough and demo. 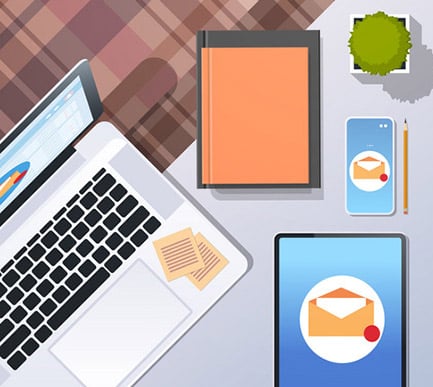 Business automation gets a bad rap. Type the word “Automation” into Google and the search engine spits out this example: ”unemployment due to the ...

To quote venture capitalist Marc Andreessen, “software is eating the world”. In 2019, global spending on enterprise software rose 8.5% to reach a ...

The End of Collections

“Software is capable of delivering extensive gains before you need to even consider debt collection agents!” Debt collection isn’t a media darling, ...